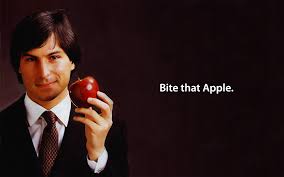 So this week I turned 26. To gain a little perspective, I decided to look up what others have accomplished during their 26th year in this world. It is humbling to say the least.

It’s easy to look at these examples and think to yourself – well not everyone is Steve Jobs or Jay Z. Yes, that’s true. But it is important to remember these people were all just getting started on their own personal journey. At one point in time, they were the same age as I am right now. We know we have some time ahead of us, but just how long is a mystery. So the most important step to make towards a fulfilled, accomplished life is to focus on what is in front of you right now. It is easy to fall into the trap of wanting to be successful, seeking happiness, or striving to be famous. But we need to be smarter than that. Take the words of Viktor Frankl, author of Man’s Search for Meaning, psychiatrist, and Holocaust survivor,

“Don’t aim at success. The more you aim at it and make it a target, the more you are going to miss it. For success, like happiness, cannot be pursued; it must ensue, and it only does so as the unintended side effect of one’s personal dedication to a cause greater than oneself or as the by-product of one’s surrender to a person other than oneself.

Success and happiness must ensue. It cannot be pursued.

So you must stay on your grind. Keep your head down. Remove distractions. Push forward a little bit daily. Fight your way through the obstacles. Think bigger than yourself.

Only then will you come closer to the life you seek. Maybe it will start to show its face at 26. Maybe in a few years. Maybe never.

But you must try.